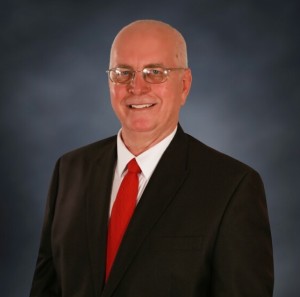 We would do well to take his comment to heart.

From the President on down, we all seem eager to declare anything we don’t like as “fake news” and ignore it in spite of any and all evidence to the contrary.  Likewise, if something matches our preconceived notions, we accept it as fact, without any proof.  Solid critical thinking has gone out the window.

Social media, including facebook, has contributed to the level of disinformation in our society.  All too many of us will share a meme that we see on facebook without fact checking it first to see if it is even remotely accurate.  Just because something “sounds good” does not make it true.

When you see something controversial or inflammatory on facebook, fact check it before you share it.  Snopes.com and factcheck.org are two good places to start.  See if you can find the same information on various news sites.  I use the CBS News, CNN News and Fox News sites in order to get a broad perspective.  The line between news reporting and editorializing has been blurred in recent years.  Fox seems to be the worst in this regard, but I’ve seen examples on all of the national news outlets. Try to determine if what you are reading is fact or opinion.

Don’t put any weight on stuff you see or hear only on “Alt” or conspiracy type websites or talk “news” radio shows.  They are notorious for passing on inaccurate information.

DO consider the credentials of the people talking.  For example, when 98% or more of people with formal training in climate science agree on an issue like global warming, it should carry a lot more weight than an opinion expressed by a politician who gets large campaign contributions from the petroleum industry.

Likewise, I’ll give more credence to something said by a Nobel Laureate in Economics about tax policies than I give to a grandstanding politician looking to curry favor with potential campaign donors.  The Nobel Laureate may get it wrong, but at least I know that he’s not as likely to shade his opinion based on what he thinks someone wants to hear.

There is a place for online satire and humor.  Two of my favorites are The Onion and Pasco’s very own The Pasco Pelican.

Some of the stuff you see on facebook is just flat strange.  There is a link on facebook to an article about baby carrots and the treatment they receive by being planted too close together and then bathed in chlorine before they are shipped to the supermarket.  For the record, I think baby carrots should be gently laid on a bed of lettuce and swathed in a blanket of blue cheese dressing.

On that note, let’s all make an effort to spend more of our facebook time on cute kittens and the like.

When I'm not doing mayor stuff, I spend my time at Gulfcoast Networking. I solve Internet issues, clean up infected computers, and build websites. I'm always happy to take a break from computers to talk about New Port Richey's future, so feel free to come by my office at 6335 Grand Blvd to chat.

This website expresses my views and not necessarily those of the city.  If you are looking for the official City of New Port Richey website, you can find it here.